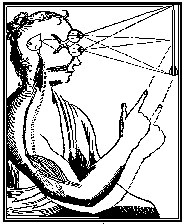 The human pineal was a target of anatomical and physiological study even in the "pre-Cartesian superstition" era. It was a milestone that Descartes presented his idea of the human pineal as the seat of the soul, though it was not scientifically valid. The modern pineal research followed thereafter.

Pathology, study of the cause of disease and the changes in structure and function produced in any cell, organ, or part of the body by disease. Pathologist, in modern terms, is physician (medical doctor, M.D.) with special hard training in examining body tissues (BIOPSIES, surgically resected organs, and AUTOPSY) and cells (including sputum, blood, urine, other aspirated cells, etc., i.e., CYTOLOGY) for visible and microscopic changes indicative of human disease, and renders pathological diagnoses that advise a course of medical action, or confirm the validity of the treatment. Diagnostic techniques include laboratory tests, macroscopic and microscopic examination, electron microscopy, and examination on a molecular level. 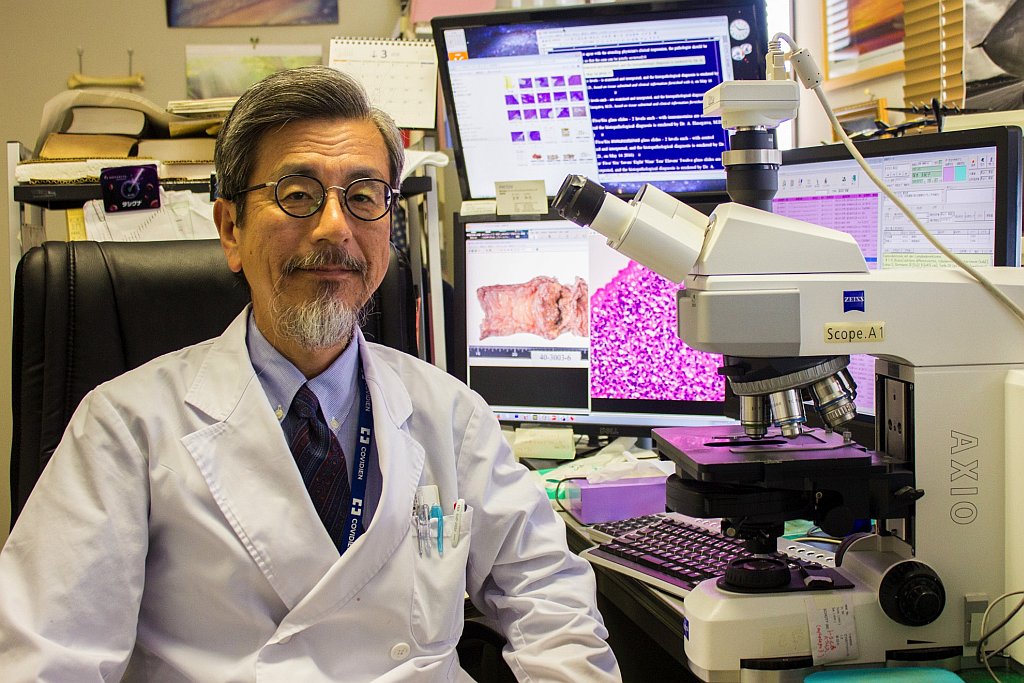 (At the pathology diagnostic cockpit of Odawara Municipal Hospital in 2016, followed by age-limit retirement at age 65 in March 2017)


Welcome to my home page, which is constructed and maintained using my personal resources, IQ, medical qualification and off-duty time. The purposes of my page are mainly to communicate with foreign colleagues of pathologists and related medical professionals in order to build trust and mutual understanding on grassroots level, and to promote international compatibility of our pathologic diagnoses. This site is not supported by official grant from the Japanese government, nor is using taxpayers' money of our municipality. In this sense, this is one of my experimental social activities on voluntary basis. Views and opinions expressed here are entirely personal (AH/ah)

Some Notes on the Practice of Pathology in Japan

Brief Memorandum for Lecture to the Case Workers of the Odawara Municipality; Introduction to Pathology of the Tumors (In Japanese, 18KB Text Only, Public Domain)

, related to aftermath of 2011 Tohoku Earthquake

Photoalbum (My Birkin 7 - A Pedigree of British Lotus 7 - and Mount Fuji: "Dr. Strangelove for Lotus 7 and Mount Fuji" for car enthusiast)

Do you like Japanesque? ("Air Show" stuff in analog images included)

Visiting a grave in Odawara City of our fallen hero: Lt. Col. Shigeo Uehara, KIA on February 16 1945 at age 28 (in Japanese)

Pat Letendre, a medical laboratory science instructor in Alberta, Canada, and listowner of MEDLAB-L, the largest mailing list for laboratory medicine in the North America.

Robert S. Richmond, MD, a.k.a. Samurai Pathologist in the cyberpathology space, works entirely as a free lance pathologist based in east Tennessee, not employed by any agency.

If you would like your pathology home page (preferably with personal taste) added, please e-mail me free DrHASEGAWA@aol.com. You are welcome to link your pathology page to mine. Thank you for your cooperation.

The Man of Life Upright by Thomas Campion

Piece of Cake (1988, TV series) starring by Supermarine Spitfire Mk I and II (in fact Mk. IX in the movie)

DISCLAIMER: I neither have finantial relationship with, nor am a shareholder of, the cited companies.

Reel-To-Reel Tape Deck; A Recipe for Tape Restoration by Eddie Ciletti, Inventory and Workstation for vintage R2R decks by Rolf from Texas

(Crick for English description)
This site is licensed under a Creative Commons License.
(Crick for Japanese description)
Originally translocated from AOL hometown (web service) after hit over 22,000 visitors (since reset on 98/01/10) with its abrupt official closing down their service in October 2008 Back to previous Home Page at AOL (Till October 31 2008)

Back to previous Home Page at geocities.jp web host (Till March 31 2019)